A day in 1920 she landed on the shores of the United States with her first child. She traveled far from her homeland of Italy to greet her husband who already immigrated to America in hopes of finding a better life for his growing family. The strong woman with no knowledge of the English language met a land that was unknown and unfamiliar to her. This woman was my maternal grandmother.

Although this story may be a common one told by many families of immigrants, it was one carved into my etchbook of time and holds deep memories for me. It was a fateful day when Nonnie Rose traveled to a small city in central New York, Rome, to build a new life among other Italian immigrants. There in the same city, I was born decades later. As a small child, I became a regular summer visitor to Rome each summer. I grew up among a community of strong, Catholic immigrant women, listened to family stories, and heard countless messages of pride for being an American citizen. I grew to be a curious child, a learner, and a reader at the feet of the woman who could not speak or read English.

What I remember most about those days were my grandmother's hands. They connected me to a lifetime of learning. Nonnie Rose's hands, rough from labor but gentle with touch, brought me each week to the library to collect books that would broaden my knowledge of life and history. Her touch lit my life as we walked and talked. It was her hands that molded the delicate cookies that graced her table or fashioned large honey dolls to be stored in a huge dark closet for later eating pleasure. It was her hands that showed me how to roll the clothes through an early dryer and hang them to dry with tall wooden clothespins on lines outside. Her hands tatted and grew a garden full of colorful roses, wonderfully scented flowers, and the biggest path of vegetables with a climbing vine, standing tall at the front, guarding the delicacies beyond. I observed, questioned, and sought further knowledge from this woman who had little education but a wealth of experience and a generous spirit. It was her aspiration for me to have a college education and a world of knowledge to absorb that guided me in later years.

Summer always reminds me of those summer days years ago that I spent playfully springing alongside Nonnie Rose as she worked, hoping that she would let me smell the flowers and roll the dough. "May I?" was a frequent question. My curiosity was always fostered. There was so much to learn and none of it seemed like work during those summer months. Snippets of "broken English" mixed with wisdom from age always slipped through our conversations. It may have been the actions that stayed with more than the words. I still recall my grandmother's primary thought, one comes to America to become an American and all that entailed. She and others in her community had a deep respect for American traditions while never letting go of their roots and smiles abounded when speaking about being an American. Although I did not realize at such a young age that I was part of a learning community, it existed in the kitchen of my grandmother who always rewarded a busy afternoon with a cookie, floral treat, or a walk to the drug store for a new edition of a favorite comic.

Recently on the July 4th holiday, I spent time rethinking the American experience. While gathering with friends and family, eating outdoors, and watching the Macy's fireworks display on TV, I was reminded of the quest for freedom that the immigrants sought. My grandmother yearned for educational enlightenment for me and rightfully so, I continue this desire. Her quest for freedom is the same that I and other educators bring to the classroom-the development of our learners to ultimately become knowledgeable citizens.

As an aside, I stumbled upon a little known fact while writing these comments: Francis Bellamy, the author of the Pledge of Allegiance, is buried in Rome, New York. All of my years of traveling back to Rome, the city of my birth, never unearthed that information until now. Also, coincidental is the tweet from Bennett Ratliff, @BennettRatlif, that came across Twitter around the 4th of July. He mentioned celebrating Independence Day by showcasing one of his favorite skits, "Red Skeleton's Pledge of Allegiance." My grandmother would have enjoyed watching this skit and knowing that her hometown was honored as the burial place for Bellamy because she was fiercely proud of being an American in a land that afforded her opportunities. 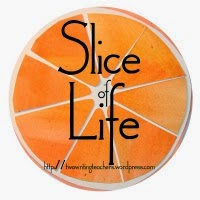 Nonnie Rose would appreciate this bulleted poem about a concept she held dear to her heart.

For educators like me, freedom signifies hope, optimism, and the American dream that all our students become successful, lifelong learners and productive citizens of the future, able to read with understanding, write with depth, clarity and a distinct point of view, solve problems, be creative in thought and actions, and make sound decisions.

Posted by Carol Varsalona at 11:56 PM