Snow is a seasonal pleasure when it first falls. On Long Island, we expect snow in winter but this year, the marshmallow world sight appeared early, in late fall. As snowfall #3 came this weekend, Long Island news repeatedly reported it as the one week earlier to the official start of winter happening.

With the hurried pace of the holiday season and another busy weekend passing, I turn my thoughts to snow poetry, recalling dainty white flakes that descended during the three snowfalls. In between decorating and entertaining, I creatively captured the falling snow as a harbinger of winter. Snow is what it does.
It falls and it stays and it goes.
It melts and it is here somewhere.
We all will get there.

Seidel's poem is simple in its presentation and language but complex in meaning. I pondered what Seidel meant with his precise wording. Words like fall, stays, and goes stood out. I questioned was the poem about the cyclical nature of the season or the cycle of life?

When the third snowfall tiptoed in on on the heels of number two, I realized that Mother Nature was readying Long Island for the next season and so I wrote.

Snowfall
Snow is a dancing gypsy,
falling in a pattern of gentle
movement from here to there.
It sparkles in its descent,
tiptoeing across lawns, searching
for a place to stay and blanket earth
with mounds of marshmallow puffs.
©CV, 2017 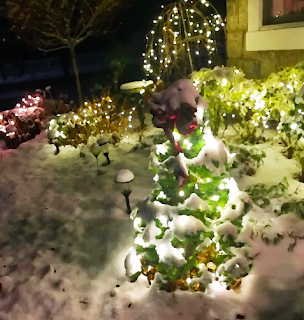 As quickly as it enters and makes its mark,
snow, like the tumbleweed, moves on in a
rhythmic pattern of nature's passing time.

Looking at the above image of snowfall #3,
I realized that life does indeed move on
but I must pause to savor the beauty
that falls before my eyes. 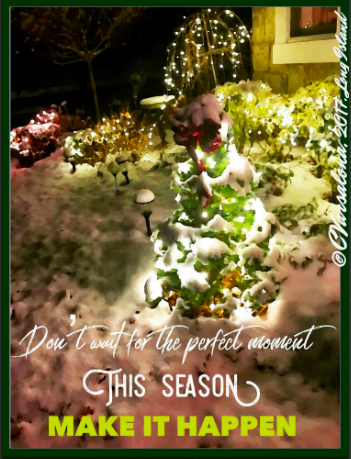 Find time to savor life living moments
that fill your heart with joy!

It is hard to believe that another weekend passed and in only one more week Christmas is here. With all good intentions, I planned to send this post early to my Poetry Friday colleague, Diane Mayr, but alas, I am late to the Poetry Friday party. You can join me at Diane's site for the poetry roundup.

For those waiting for the unveiling of my Autumn Ablaze Gallery, it is still in the drafting stage and will be released soon.

Posted by Carol Varsalona at 1:54 AM 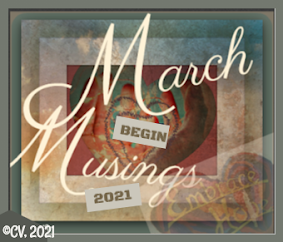