You came through the gray clouds
with a lion's roar
and the speed of a cheetah.
You jolted the sky,
and then, quietly left,
leaving the pelting rain
as your calling card.
Did you mean to announce
your entrance with forcefulness?
No, I was just playing a spring song
to spark a dreary day. 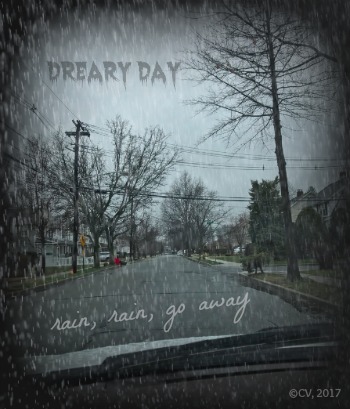 Only once before in my lifetime did this strange occurrence happen. I thought I had forgotten the incident but yesterday the drive in the rain to the hair stylist brought back a dreadful childhood memory. When I arrived at my destination, the talk of the day revolved around the booming noise in the sky. No lightening followed, just the rain and a darker sky were present. Everyone was truly amazed by what occurred.

I last experienced this strange phenomenon when I was five. It was an equally dark day so I remember being wearing a yellow raincoat and carrying an umbrella but the rain gear did not protect me from what happened after I was dropped off.

As I made my way to the entrance of the basement classroom, huge, roaring cracks ripped through the sky. I was frightened. These strange noises were followed by bright bolts of lightning. I grabbed the handles on the massive soors but  they would not budge. I was locked out of my Kindergarten class. "How could this be?" Feelings of isolation and fear overcame me. I was alone and afraid under a sky that continued to grow darker. With each consecutive booming of thunder, I shouted louder and pounded harder on the doors. My eyes welled with tears. I was just a small child under a darkened sky filled with cracking sounds, lightning bolts, and teeming rain. I could not contain my fear and then, like an angel from the sky, the nun in full habit came to my rescue. I was so relieved to be inside that to this day, I don't remember anything other than total fear and wet clothing that chilled me to  the bone. Yesterday's deafening crackle brought back the heaviness of a five-year old's heart on a dreary, rainy, thunder-and-lightning type of morning.

This is my thirtieth posting in a series titled March Musings for Two Writing Teachers' March Slice of Life Story Challenge.

Posted by Carol Varsalona at 12:32 AM

Today You Are Four

It is quiet in the house except for the hum of the twirling fan. Only cracks of lights enter the darkened room. I steal a few moments to be ... 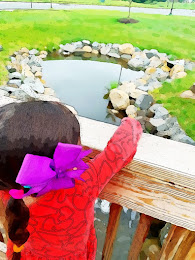